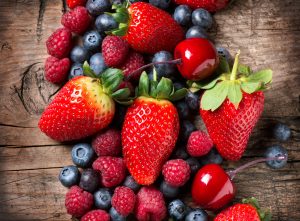 Scientists remain uncertain about what causes Alzheimer’s disease. Researchers believe it likely develops from a combination of factors which can include genetics and family history as well as environmental and lifestyle influences. While it is not yet clear whether healthier lifestyle choices can prevent the onset of dementia and Alzheimer’s, scientists do agree that better diets and increased exercise can improve brain health and lower risks for other diseases.

Here are seven foods that can help support better brain health and may contribute to reducing your dementia or Alzheimer’s risk:

While we do not yet know specifically what triggers the onset and progression of Alzheimer’s and dementia, we can make lifestyle choices that help support our physical, emotional and brain health as we age. So, remember that you can make healthy choices now – through proper diet and exercise – to optimally feed your body, spirit and brain.