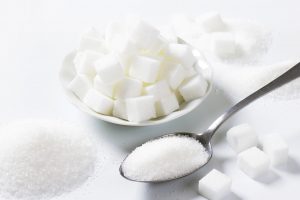 It is well known that having too much sugar in the blood for long periods can lead to hyperglycemia which can contribute to increased risks of organ damage, heart attack and stroke, vision problems, and diabetes complications. Scientists have also known that people with diabetes are at greater risk of developing Alzheimer’s disease but the connection between the two remained unclear.

Researchers have now discovered that the molecular reaction triggered by excess glucose damages a specific enzyme that plays a role in both insulin regulation and immune functions that protect the brain.

The findings indicate that this enzyme damage from excess sugar may impair the ability to protect the brain from buildup of abnormal proteins associated with Alzheimer’s disease. Additionally, as Alzheimer’s begins to progress, the enzyme damage continues to increase as well, resulting in a “tipping point” for the development of the disease.

Researchers hope this knowledge can lead to both enhanced diagnostic tools to identify patients most at risk for Alzheimer’s as well as developing new treatments and preventive measures such as decreasing sugar intake.

The report from scientists from the University of Bath Departments of Biology and Biochemistry, Chemistry and Pharmacy and Pharmacology, working with colleagues at the Wolfson Centre for Age Related Diseases, King’s College London, is published in the journal Scientific Reports.