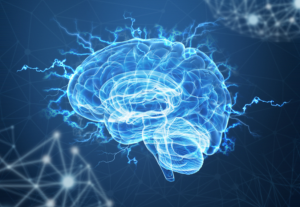 When we hear about dementia, it is commonly concerning the elderly; in America alone, more than 6 million suffer from some form of it. If someone in your life has been newly diagnosed, it’s essential to learn the facts of this disorder. There are currently a handful of myths about dementia, so let’s go through the most common ones to learn the truth behind them to understand better what dementia is and the associated risks.

Myth 1: Dementia is a disease

Dementia is an umbrella term for symptoms affecting cognitive processes and the permanent loss of brain function. These symptoms affect memory, communication, mood, problem-solving, and other facilities we use every day. The symptoms exhibited by someone with dementia indicates a decline in these functions. Severity ranges, but loved ones will notice significant cognitive losses when dementia starts.

Myth 2: Alzheimer’s disease is the same thing as dementia

There are many different types of dementia that can be diagnosed under a variety of terms. Based on symptoms, specialists categorize dementia into one of the following conditions:

Myth 3: Trouble recalling memories is a sign of dementia

Memory loss may be a sign of dementia, but it doesn’t mean all memory loss is a symptom. Human memory is not perfect; for some, it becomes less reliable with age. So, some trouble recalling memories and occasional forgetfulness is a natural part of aging. To assist our brain health, staying mentally active and eating nourishing foods is crucial.
If there are memory concerns for yourself or a loved one, speak with your doctor. In general, memory issues aren’t a cause for concern until they start affecting day-to-day life or creating life-threatening situations.

Myth 4: Dementia runs in my family so I will get it

Although dementia is genetic, genetics isn’t the only factor for those who get dementia. The most significant risk factor for dementia is age, and there is even evidence that many dementia cases don’t have a strong genetic link. Also, there is likely a genetic propensity for getting dementia if a parent or grandparent had Alzheimer’s before the age of 65. Frontotemporal dementia (FTD) also seems to have a more vital genetic link than other types of dementia, but early-onset Alzheimer’s and FTD in general are rare dementia diagnoses.