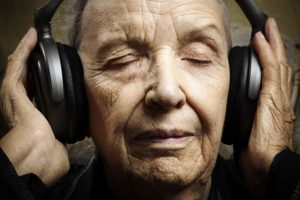 Participants in the study, considered at high risk for developing Alzheimer’s Disease due to a level of subjective cognitive decline, were assigned to either beginner meditation or music listening sessions for 12 minutes per day for three months, then to continue on their own for another three months. Their memory and cognitive functioning were measured at the start, after three months and after six months.

After three months, both groups demonstrated significant improvements in both memory and cognitive functions, independent of age, gender or other factors. At six months, these improvements were maintained or even enhanced further. Additionally, both groups reported improvements in sleep, mood and stress levels, particularly for those in the meditation group.

The results of this study suggest that the simple practice of daily meditation or music listening can enhance memory and cognition in adults with subjective cognitive decline, contributing to more positive outcomes and a better quality of life.

Details of this study, “Meditation and Music Improve Memory and Cognitive Function in Adults with Subjective Cognitive Decline: A Pilot Randomized Controlled Trial, were published in the Journal of Alzheimer’s Disease.”