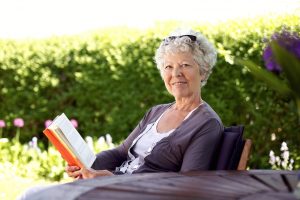 It might make intuitive sense that the more you use your brain – engaging in activities like problem-solving and complex learning – the better it will continue to function as you age. We tend to think of exercising the brain in the same way as physical exercise: the less physically or mentally active you are, the more strength and ability is lost. In other words: use it or lose it.

This idea, long regarded as simple common sense, may now have been verified by science. Researchers at Iowa State University have found there may truly be a link between keeping cognitively active and warding off the memory loss and brain mass decline associated with dementia and Alzheimer’s disease.

The researchers identified that a protein – neuronal pentraxin-2 (NPTX2) – is strongly associated with memory formation in the brain. According to the study, NPTX2 appears to protect the brains of people who have higher levels of this protein. Through measuring the levels of NPTX2, they found that individuals with higher levels had both better memory and more brain volume, while lower levels of NPTX2 correlated with less brain volume and poorer memory.

The study results showed NPTX2 to be a consistently strong indicator for memory loss and Alzheimer’s, more so than a previously identified protein linked to brain inflammation. These findings may lead to the development of new methods to track and monitor Alzheimer’s disease.

Significantly, researchers are also interested now in seeking ways to boost NPTX2 levels in order to enhance the protective effect on the brain. In addition to identifying the correlation between NPTX2 and memory function, the researchers also discovered that individuals with naturally higher levels of NPTX2 had more years of education, performed complex jobs, or were mentally and socially active.

This strongly suggests that focused learning or intense mental activity keeps your brain actively engaged, which can keep your brain strong and healthy. According to study co-author Auriel Willette, “It makes sense that the more time spent intensely focused on learning, the more your brain is trained to process information and that doesn’t go away. That intense kind of learning seems to make your brain stronger.”

This study, along with other ongoing research, underscores that many factors can influence our brain health and memory functioning, including our environment, lifestyle choices, genetics and, now we know, our learning behaviors. While genetics can play a role in affecting risk of disease development, it is encouraging to know that we have the ability, through our own actions and choices, to positively impact our cognitive health and functioning.